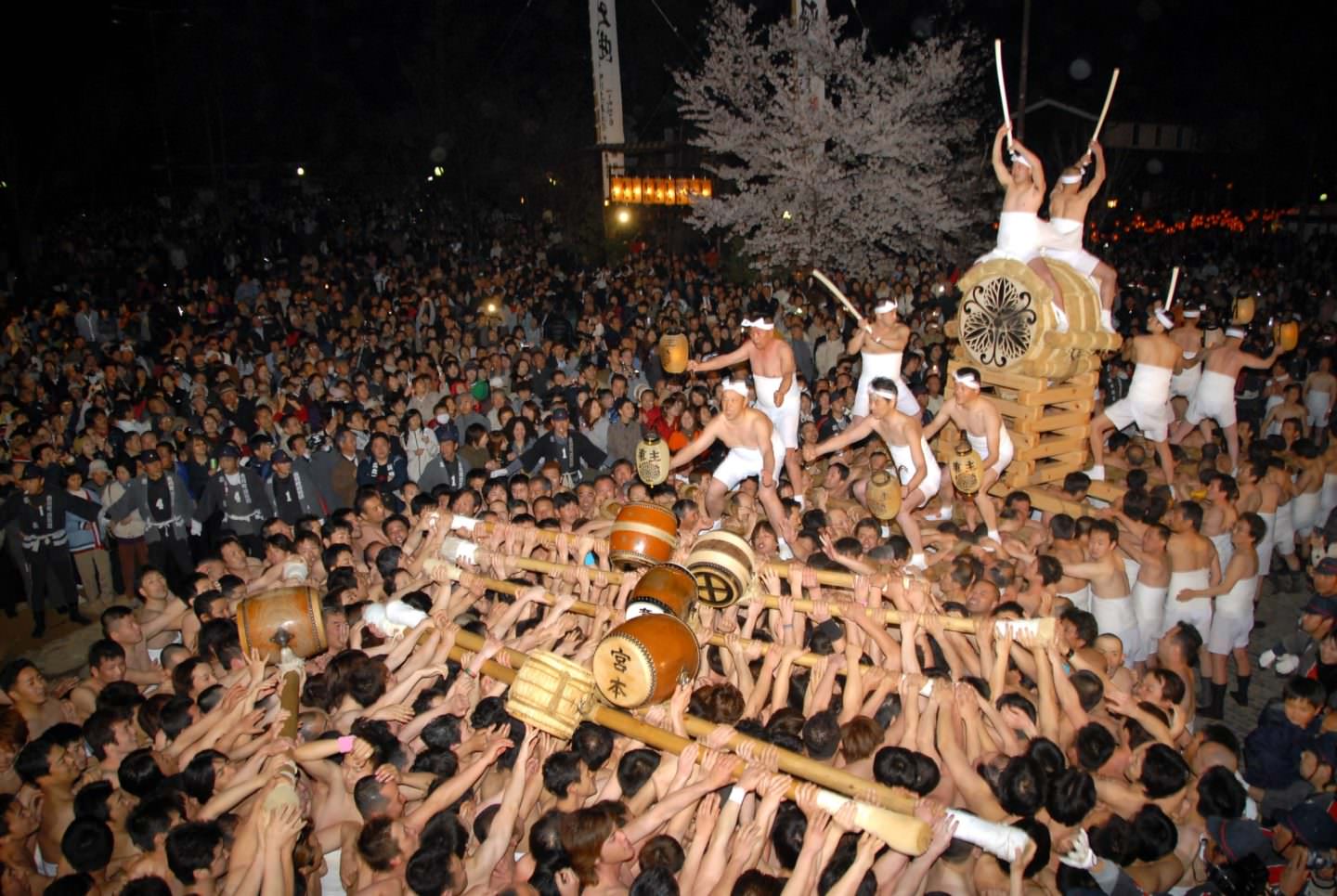 "Every year on April 19 and 20, this festival at Keta Wakamiya Shrine features traditional mikoshi portable shrines, a solemn procession of yatai floats, and lively Okoshi Daiko drumming. The Okoshi Daiko drumming held on the night of the 19th has an unforgettable impact, as scantily clad men scramble around their solemn drumming performance. Each neighborhood of the town competes for glory late into the night, trying to move their own drums in toward the float where the drummers perform, while simultaneously fighting off the other teams’ drums. The nine festival floats embody “the elegance of Kyoto”, “the attitude of Edo”, and “the incredible artisanry of Hida.” There are also floats featuring mechanical dolls and kabuki performances by children."